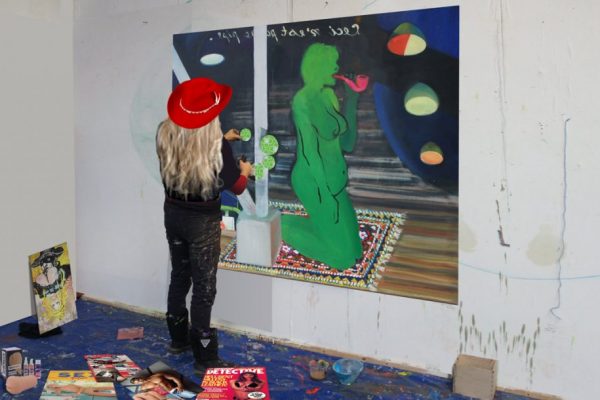 Since 1993 I work with the image of women and I later since 2005 I played with the image of women wearing headscarfs. After a while I had a need for a different image of women, less modest, so in 2011 I created an opposite figure as an alter-ego: Maria Sluierhof. She is the daughter in the 5th generation of an emigrant of Holland/Zealand in 1834. As an American woman her image is completely changed since the time her village Pella in Iowa is founded by her grandgrand… father.

Her history as a daughter of Dutch emigrants hits the core of my own existence and is a model for the situation of migrants in NL at the moment. Fleeing for economic, but mainly religious reasons they founded villages like Pella, Holland and Zealand in Michigan and Iowa.
Today this background is still visible in those places.

I invented Maria Sluierhof through Google Earth. In the ‘streetview mode’ you can drive through the village and so I discovered to my great surprise that there is even a Vermeer Road. A bit of a shock to discover after using Vermeer’s paintings as a reference in the works about headscarfs.

Of course I located her house of birth there. She offers possibilities to make paintings with the theme sexuality in a personal way but with some distance. The alter ego emphasizes the dialogue about it.

Sluierhof: ‘All those prudish ladies…that’s not what I personally want’. 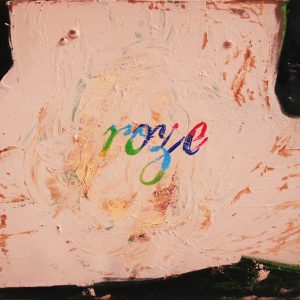 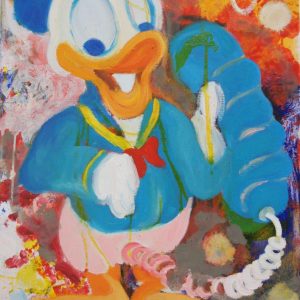 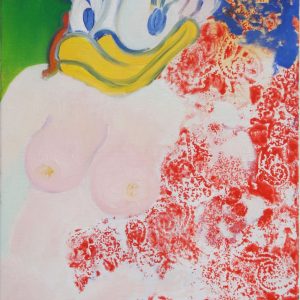 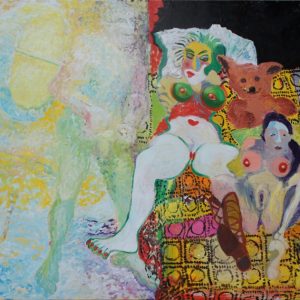 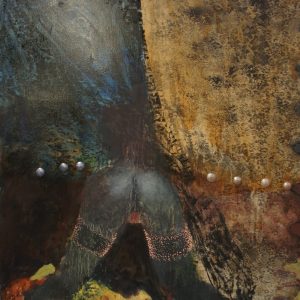 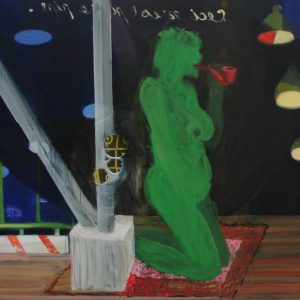 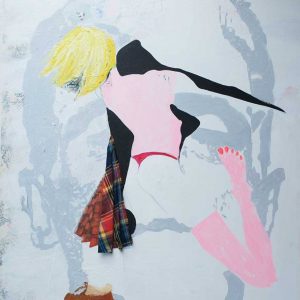 Teaspoons were used for charity purposes. Pella is a very Christian village with many churches. I bet they sold teaspoons to restore one of the churches. 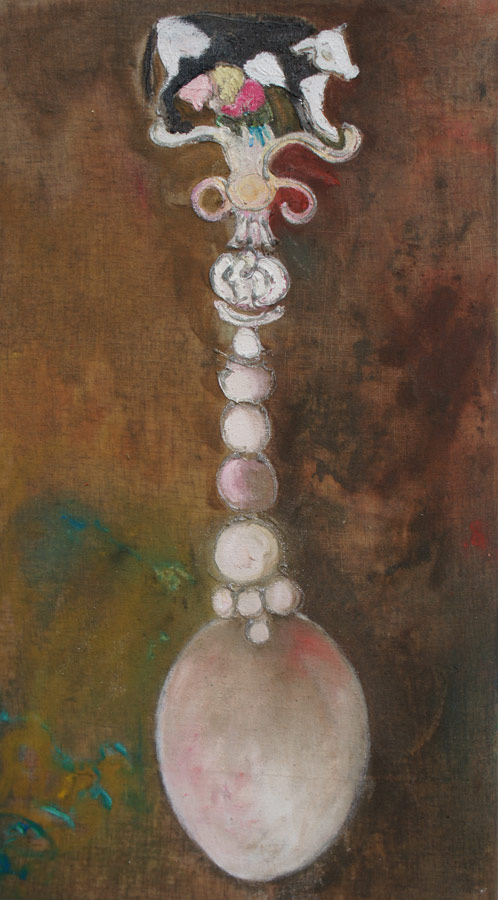 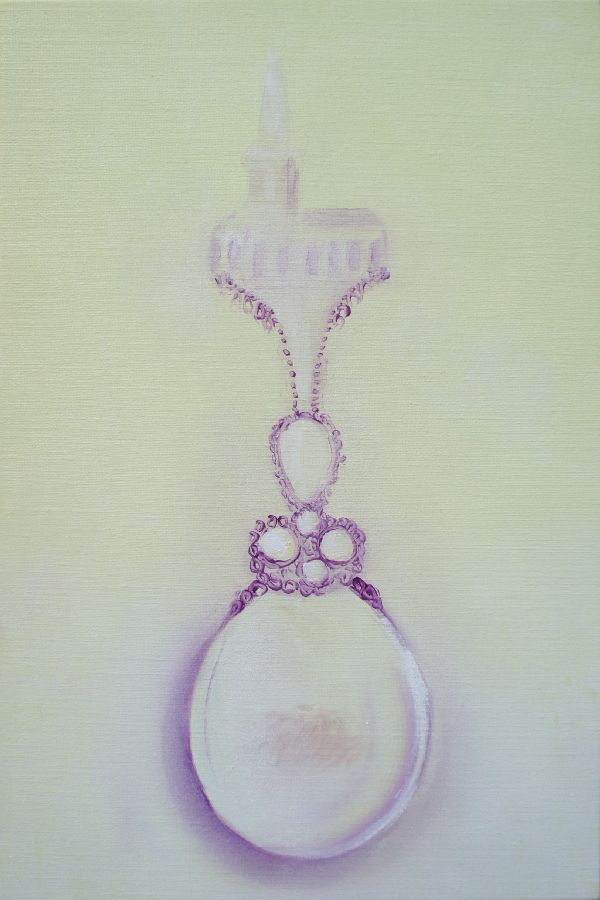 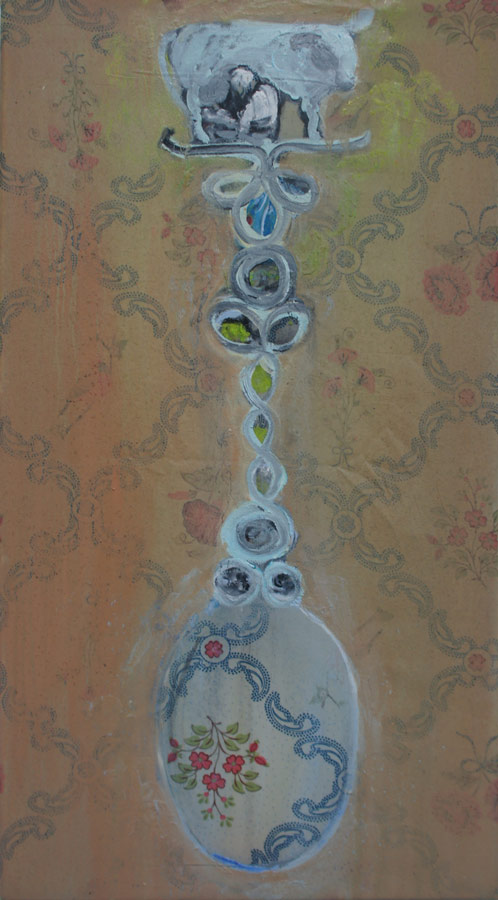 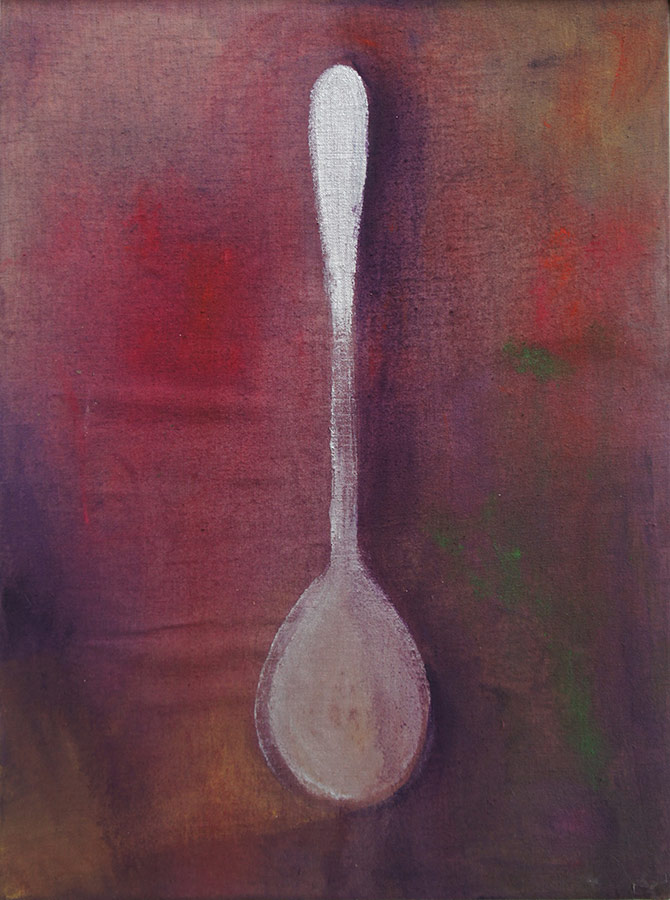